Agfa Silette is a very simple camera. It provides very limited functionality and is all manual. It wasn't aimed for professionals or enthusiasts. It was a "consumer" camera aimed at beginners or for someone who doesn't take photos often. Yet, today, it's an interesting camera for enthusiast photographers that like to experiment.

There are quite a lot of Agfa Silette versions so it's easy to get lost between them. This review is about the original version which was introduced in 1953. Even saying "original version" isn't all that accurate. There are multiple sub-versions that are all considered "original". Silette in this review is known as Type 4. I won't go into the differences between the various versions because, in essence, they all follow the same basic formula. They are 35mm cameras with a simple non-interchangeable lens that is scale-focus only. Original version was made out of metal whereas many of the later versions were plastic. Original is the best in many cases and this is the case here as well.

The camera looks like a rangefinder camera. There isn't anything particularly unique about the design but it seems fine. It could even be considered cool today.

The build for a camera that was designed for non-photographers is very solid. It definitely benefits from being metal. The later plastic models don't feel as good. Even though the camera is built from metal, it's very light. That is not a bad thing but it also feels light. Like there is too much air inside the camera. Like it's hollow. The reason for that is because it is mostly air inside the camera. Such a basic camera with a leaf shutter doesn't require much stuff inside it so air fills the void.

Even though it's light, it doesn't feel like it's cheap. It's still solid today and no controls seem overly loose and the camera doesn't rattle around. Everything apart from the film rewind knob has a decent amount of resistance which provides a more consistent feel. Film rewind knob stands out because it's flakier. It's rattly and feels way too light. If you let go of the film rewind knob during the rewind procedure it will spin backwards with enough speed to act as a helicopter and the camera will shoot into space. I might be over-exaggerating a bit here.

Other controls are a lot better. Especially on the lens where the camera feels the most solid. The aperture even has clicks. They are not great clicks but they are there which helps. Exposure times are on the lens as well since it's a lens with a built in leaf shutter. Control to change those is as good as the aperture ring. Focussing is the best out of three with a smooth feel that won't be moved by accident. My favourite. There's also the self timer which is best left unused as with most older cameras.

The only other unmentioned control is the film advance lever. It's OK but it's a bit too light for my taste. It also has a huge 180 degree travel. You start from the back of the camera and finish at the front. Pretty impossible to achieve whilst holding the camera with one hand.

You only get the essentials here.

Many viewfinder cameras have a viewfinder that is only a small glass window with nothing inside. This viewfinder is wider than the field of view from the 45mm lens and has bright framelines that show the actual framing. If you were wondering what the second window on the camera is for then now you have the answer. The second window provides light for the framelines. It provides plenty of light so the framelines are bright and easy to see.

Framelines themselves aren't parallax corrected but you do get close focus marks which is helpful. Framelines are quite chunky and have slightly rounded corners but it's not as bad as 50mm framelines on Leica M3. M3 framelines are made from thick lines and corners look like circles. I much prefer the framelines on the Silette.

Outside of framelines, there is nothing else in the viewfinder. I can't stress enough how cool it is to have them inside there though. It enhances the usability of this camera manyfold.

There is no light meter - coupled or uncoupled. You only get controls for aperture and shutter speed. And those only offer a limited set of settings.

Aperture goes from f2.8 to f22 and clicks are for full stops only. You can leave the ring between the values which technically gives you all of the flexibility although with no precision.

Shutter speed is even more limited. It goes from 1/30th of a second to 1/250th of a second in full stops. Plus a bulb mode. In other words — you get four shutter speeds and bulb. That's not a lot. But it's enough. Just don't use high ISO film in sunny conditions.

There aren't many other things to cover. There's a cold shoe. You could attach an external light meter or rangefinder there.

There's the exposure counter. I got confused with it though because it counts down from 36 to 1 instead of up which I'm more used to. It also doesn't seem to turn on every film advance. It's eventually correct but not with a 100% precision.

There is also some port that I assume is for some sort of a flash. Moving on.

Simplicity carries on into the lens. Agfa Silette has an Agfa Color-Agnar 45mm f2.8 lens. It's a triplet design ( meaning that the lens has three elements ). Don't expect a well corrected or detailed rendering when close to open. But since this is a scale focus camera, you won't be shooting it wide open much anyway. From f8 to f11 the lens provides large amounts of detail. Triplet designs may seem very simple but they work especially well when stopped down.

The lens name has the word "color" in it so one can assume that the lens was corrected for color. I can't say much about that as I've never shot a color film with this camera. Cameras like the Silette seem to fit black and white film a lot better for me. They are cheaper and a lot more flexible. Plus I prefer black and white in 135 anyway. I would expect a mostly bland color rendering from this lens which may or may not be your thing.

With black and white film there are no problems. Stopped down lens provides a good amount of contrast. It's not going to bring an inky void into every shadow but it's nice.

Combine a scale-focus camera with a lens that behaves best when stopped down and you get a no-bokeh camera. You can blur some backgrounds but it's not a trivial thing to do.

Overall this lens fits the Silette very well. The rendering is very good when using the camera as intended — stopped down.

Although cameras like Silette were built for people with little photographic experience — today many would struggle to use it. Photographers into analog photography are not one of those. I feel like this camera is very easy to use as a walkaround camera outside, during the day. Load some ISO100 or ISO400 film ( depending on whether it's sunny or overcast ), set the aperture to f8 or f11 and shoot away. Shutter speed can mostly stay at 1/125th of a second and you can tweak it by feel to fit the scene. Focussing would also be set and forgotten. At f11 you only need two focussing states. Closer and further.

There is one ergonomic downside. The camera is meant to be used with the ever-ready leather case so there are no strap lugs. I dislike cases so I have to hold it in hand unsecured. That is not an issue for me as I often do that anyway. What is an issue is that the camera is not too easy to hold. There is a large protrusion around the lens which means that there is little space for my fingers to grip the camera. Luckily the camera is small enough to fit inside my coat pocket. I can take a photo and then throw it back into the pocket. Not sure what I'll do in the summer. I guess I'll walk naked in a coat.

Agfa Silette is not an exciting camera that tingles the "take me out now" sensors in your primal brain. It is, however, a solid camera that can be used as a point and shoot that never fails you because of the simplistic design.

I can't say that this is the best viewfinder camera. You shouldn't drop everything that you're doing and buy one but it is a solid viewfinder camera. If you're looking for a camera like this then do consider Agfa Silette. I recommend sticking with the older models like the one in this review. Most later models are built from plastic and lack the nice viewfinder. The viewfinder is really nice and helps the usability of this camera a lot. I would also ignore the models with light meters and other "gadgets" as the camera shines because of the limited feature set. Adding to it only removes from what the camera is and highlights many of its shortcomings.

It's not a camera that costs a lot. You can often find it between $10 - $30. Or sometimes even less. I got 4 Agfa Silette cameras of various versions and models for 4 EUR. 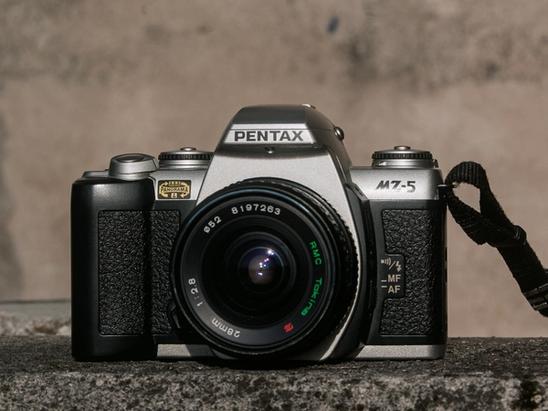