Lomography Color Negative 800 ( LCN800 further in text ) is one of the 3 "normal" color negative films by Lomography. There's the 100, 400 and 800. As you can guess - number represents the ISO. This is not a film developed by Lomography and is likely film stock from Kodak but that's OK. Reality is that this film is not available with Kodak branding - at least in 120 roll format. Kodak might sell some of this film in 35mm format but it's unlikely. LCN800 is available in both 35mm and 120 roll formats.

Having an option to shoot using ISO 800 is great. There aren't many other color negative films with this ISO. There is the Kodak Portra 800. Cinestill 800T ( same as Kodak Vision3 500T but without the remjet ). There are some Fujifilm 800 ISO films but they have all been discontinued as far as I know. Cinestill 800T is quite specialised as it's tungsten balanced and will have a halation effect which some people like and some don't ( like me ). It is also hella expensive. LCN800 costs ~ 28 EUR for a three pack in 120 format. You can't get it as single rolls as far as I know. That makes it ~ 9.33 EUR for a single roll. A single roll of Cinestill 800T costs ~ 15 EUR. Kodak Portra 800 isn't better ~ 14 - 15 EUR per roll. It's cheaper than Cinestill but not by much. You could try and source Kodak Vision3 500T ( or 800T ) but it won't come in 120 format. You will also have to deal with remjet so it's also not the best alternative. Note that prices may vary depending on region.

Because LCN800 is the cheapest ISO 800 offering it means that it's often out of stock. It could also be down to Lomography having a limited stock coming from Kodak so it's not produced as much. At the end of the day this film stock is out of stock ( haha! ) for most of the year. When I see it I try to get a few packs as it might not be in stock for several months. Availability may also vary based on region.

There is always an option to push film. For example take some ISO 400 and push it a stop. It will work but I've found that pushing color negative film is not as nice as pushing black and white film. It's definitely an option but a film that pushes well will cost quite a lot ( like Portra 400 ). I prefer to stick with ISO 800 film - even if it's in limited stock.

I've always found Lomography films to be well packaged and thought out. This film is no exception. Each film in a three pack comes wrapped in a foil-like bag. I also like the backing paper that Lomography uses. And the stickers that hold the backing paper from unwrapping. That's right - stickers not some paper that you have to lick for it to stick. I don't mind licking paper but it's not one of my hobbies. The stickers also stick better than any paper that I have ever licked. Keep licking for envelopes. Or better yet - ice cream.

Some people complain about how Lomography films behave on certain medium format cameras. One consistent complaint is that it won't always roll together well and you will end up with a "fat roll". What's wrong with a "fat roll"? It can let in light that will cause light leaks on your film. Not great. I have never had issues with Lomography films in the past but with great regret I have to say that I had issues with the last 3 rolls. First one ended up "fat" and caused some minor light leaks. Luckily I didn't open the camera whilst being on the surface of the sun. The other one didn't want to advance correctly which caused frame spacing issues. Some frames overlapped and some had a big gap between them. Third one seemed to advance fine but had one slightly overlapping frame. Some of this could be caused by my gear. I know for a fact that my Rolleicord sometimes has issues with advancing film. Luckily it doesn't happen often. I also shot LCN800 on Mamiya C220 which doesn't have issues advancing film and I still had one frame going over another a tiny bit. Maybe Lomography films are more picky and need perfect cameras. I don't know. What I know is that issues haven't been severe enough for me to not buy Lomography film. For now.

One real complaint I have is about curling. I can't get this film flat. After drying it curls. And curls a lot. It's good that the curl only happens in one dimension. The horizontal one. It's still annoying to deal with. You won't be able to lay this film on glass and expect it to be flat without extra pressure.

LCN800 is a very neutral film and that means that the results are affected by digitization ( or print ) process. All film is affected by the "digitization pipeline" but films with some "unique trait" will keep that trait till the end. More normal films will imprint the digitization process. Unique aspects will come from digitization instead of the film itself. That's not a bad thing. Film that makes it easy to process your photos to your liking is good. And don't start on "I don't post-process my photos". If you digitize color negative film then you are post processing your photos whether you like it or not. Or the lab does it for you.

This means that the colors, contrast and saturation are all normal / medium. You can impact them to your liking and that will be what the final image will have. If I would have to pick one thing that the film itself carries to the final image then it would be a small "muddy warm" color cast. It's like a mix between yellow and green. It's not super noticeable and could be placebo but that's the only thing I could think of.

Dynamic range and latitude is very good. At least in 120 format. Highlights are hard to blow and you can extract a lot of information from the shadows. It impressed me the first time I shot this film. I expected more issues with losing detail when shooting ISO 800 film. Especially one that is cheap when compared to other films. I've shot all photos using box speed ( ISO 800 ) and am not planning to change this. There's no need to overexpose this film stock by a stop or any other amount.

Grain in 120 format is rarely an issue and the same is true for this film. You can start to see some grain when zooming in but it's no biggy. It could be a bigger issue in 35mm format. It's not as clean as Kodak Ektar for example but you shouldn't expect that as LCN800 is an ISO 800 film. Some grain is to be expected. And nobody should be afraid of grain as grain is a friend.

All in all the film produces very good results in medium format. I would expect the 35mm version to be less detailed because of the higher grain of ISO 800 film. Film latitude could also take a small hit because of the smaller film size.

It's one of my favourite films in 120 format. I am a person that doesn't like to carry a tripod. When shooting medium format the apertures can get pretty closed down. Any extra light gathering capabilities are much appreciated.

Would I shoot it in 35mm format as well? I suppose so but the way I shoot 35mm doesn't need a high ISO film much. I use wider apertures in that format. And I pretty much only use black and white film there anyway.

My only worry is how the Lomography film can cause some issues in a subset of cameras. It could be some streak of bad luck. I will continue using this film. Let's hope that issues don't persist.

If I could ask for one fix right now then it would be to make it dry more flat. Ain't nobody got time for curvy films. 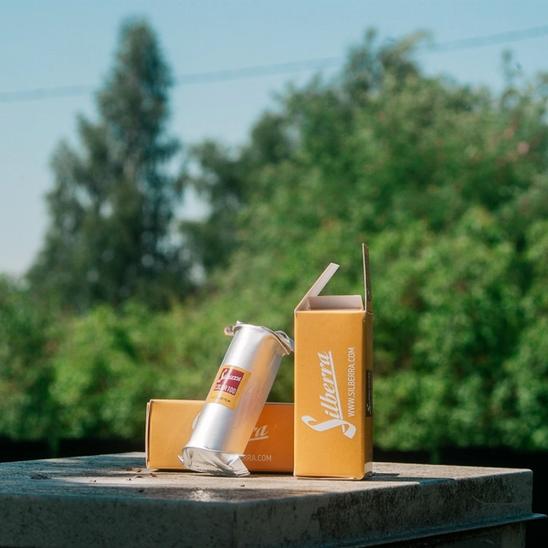 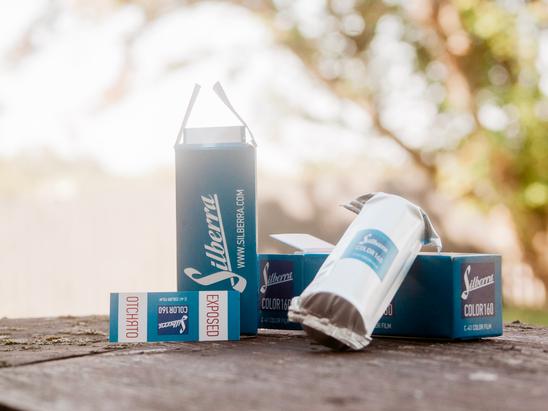