Ricoh 500G is what I ( and probably everyone else ) would call a compact rangefinder camera. It’s not compact enough to make it pocketable ( unless you have large pockets ) but it’s about as compact as Fujifilm X100 ( and even slightly narrower ).

It’s modern enough to have aperture priority mode but my sample doesn’t have any working electronics so I will just skip that part. It wouldn’t really change my opinion of this camera if electronics worked...

The build quality is...acceptable. It has a certain heft to it which I like but at the same time it feels slightly hollow which is a bit weird. It doesn’t necessarily fall apart but it does feel plasticky although it’s not all plastic.

One weirdness is with the light seals. To load the film the whole back opens ( not just as a door - but a whole back ) and the light seal is just glued on the inside of this whole back. I think that it’s the biggest single light seal that I’ve seen on a camera. Once they deteriorate ( and they will ) - you’ll be left with gooey mess that is not fun to clean. And then you’re tasked with replacing them which is even less fun.

Viewfinder is small for my standards. There are certainly smaller viewfinders but you can get bigger / better viewfinders on other compact rangefinders. For example Olympus 35RC has a larger viewfinder whilst being just slightly smaller than Ricoh.

Framelines are a bit hard to see. It might be just my copy but I also have a Ricoh 500GX which is pretty much the same camera ( although this review is just about 500G ) and it’s a similar issue there. You can certainly still frame with relatively high confidence but it could be better. Part of the issue is that they are not full framelines but instead are only on corners. Having framelines only there and them not being very bright - it can add to the difficulty of framing.

It also has a light meter reading on the right side of the viewfinder but I’ll skip that part because as I said - electronics are not working.

As is the pattern for this camera - it’s quite small and dim but still usable. There are certainly worse rangefinder patches in existence but also there are a lot better ones.

The rangefinder patch is of diamond shape with faded edges. Personally I prefer hard edges and squares but that’s subjective.

Because the viewfinder is small and the rangefinder patch even smaller there are some difficulties with focusing unless you have really defined edges / sections to focus on. Still - because the lens is relatively wide 40mm and widest aperture is f2.8 it shouldn’t cause too many problems.

This is the worst side of this camera and the reason why I don’t really enjoy using it. It isn’t easy or pleasant to use. You could argue that compact cameras have to make sacrifices in this area ( and you would be right ) but it doesn’t have to be this bad. When comparing with Fujifilm X100 again ( which is only slightly wider ) - X100 is a lot easier to hold and use.

Main issue with holding it is because of the centred lens - there’s not a lot to grip with one hand. X100 lens is offset slightly ( and it’s only slightly wider as I keep saying ) but the difference is stark! X100 is a comfortable camera to hold where as Ricoh just isn’t.

Film winding knob and shutter release controls are fine albeit slightly cheap feeling. Ergonomically fine though. Basic but functional. It certainly doesn’t have the pazzaz that Olympus 35RC winder has for example.

Aperture controls are too close to the body and grip section for it is too small to comfortably change aperture. Focussing and shutter speed controls are too close together and feel almost the same. Ideally shutter speed controls would be on top of the camera ( like it is on Olympus 35RC for example ) but if you have to stuff them together - at least make them feel different. Shutter speeds should be harder to change. It could be my copy at fault but the 500GX copy that I have is very similar.

This should be the main aspect of any camera but after the ergonomics failure I don’t really care about anything.

Anyway - image quality is pretty good. It’s plenty contrasty and plenty sharp ( when you can focus correctly with the small viewfinder / rangefinder patch combo ). If this lens was put on a different body then I would be very happy.

The only thing I noticed was that small / narrow objects in strong backlight can appear quite glowy which could suggest some fringing but I’ve not shot enough with this camera to be 100%.

It does lose contrast and slightly blows out when shooting against sun but most lenses will do that - even modern ones.

For film purposes it’s a very capable lens that shouldn’t give you any issues.

As you can tell - I’m not loving this camera. If it was just about the results then it’s a 7/10. But it’s not just that - especially if you’re shooting film. It does need to feel good in the hands and when you’re using it. Considering that it’s more like 4/10. It’s a passing grade but your parents probably won’t buy you that pogo stick you wanted.

Considering that you can get Olympus 35RC for not much more money then I don’t really see a reason why you would want to use this camera sadly. And I say that with a heavy heart as it’s difficult to be negative about cameras!

I’m planning to try 500GX as well. It’s 99% the same camera but maybe it will change my mind in some ways. First - I need to light seal it which is a task requiring too much effort for now. 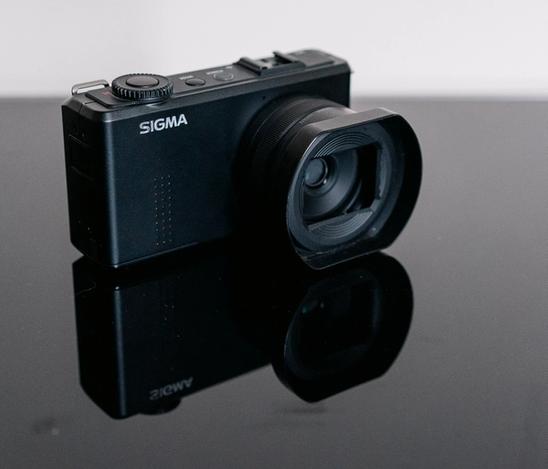 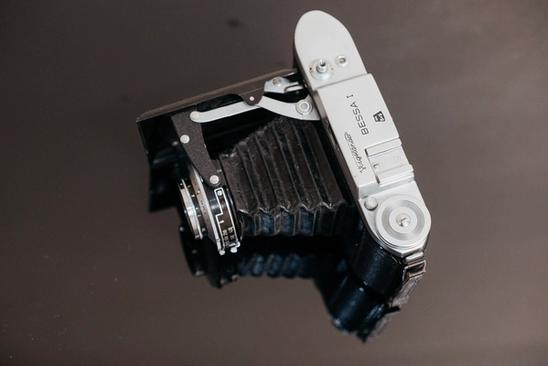