For the past year or so I have been mainly using rangefinder cameras. It started with a Yashica Lynx-14...well...really I also had a rangefinder when I was a young scoundrel running around with cameras 10 or more years ago. So really it started with a Zorki 4 ( or something similar ).

At the time I didn't know what a rangefinder is or how to use it. I had only used compact tiny-sensored digital cameras ( think Fuji XF10 but crap ) and film SLRs ( where you theoretically get what you see ). I thought that the viewfinder for the Zorki was broken or something. Seeing a window within a window that shifts and slides was alien to me - so I exchanged it for a Revueflex AC X camera which was a Pentax K-Mount SLR. Something I was already familiar with as my main camera at the time was Pentax MZ-7.

Now I would prefer if I hadn't done that as I might have started using rangefinders earlier and might have gotten some badass rangefinders for cheap ( as prices have hiked a considerable mountain in the past few years ), but such is life. I don't regret shooting non-rangefinders anyway so all is good.

Then about 5 years ago I read more about rangefinders and wanted to try one. Obviously starting with Leica would be a bit extreme and I preferred to remain with my internal organs within my body as exchanging them would be the only way to afford / justify one at the time. I don't remember how / why / where I got the Yashica but I did. I suppose having something with a pretty good lens already attached to it seemed like a reasonable start.

I loaded it with film ( likely Fuji Reala 100 because I bought a large stash of it some time ago and am still using the fruits of this purchase ), shot about half a roll...and then forgot about the other half ( as you do ). The camera sat somewhere with a half finished film - sad and waiting to be shot again. It had a pretty long wait. I moved twice in that period. Got a cat. A daughter. And a bigger belly to be able to carry extra beer.

Fast forward to a bit more than a year ago - I found the camera again...well, I say found. It wasn't lost. It sat on a shelf next to other cameras ( mainly digital - the horror! ). Then I finished the film.

I really enjoyed focusing and framing with a rangefinder. I liked the results and didn't even seem to miss focus much ( thank you for not being miscalibrated ).

After that I was hooked on rangefinders and wanted to get more of them ( GAS hits hard when I’m excited about something new ). Yashica was fine but it had issues ( more about that in some other written experience ).

With film you never fully know what you will get until you get the film / scans.

With a rangefinder you know even less as you don't even get to see through the lens. You gaze through this disconnected window that is not giving the right compression. No bokeh ball preview. It could even be partially blocked by your lens. You're lucky if framelines exist for your focal length and even luckier if they are parallax corrected.

When focusing you are sacrificing your best goods to engineering gods to ensure that no miscalibration happens and when rangefinder tells that something is in focus - it actually is in focus.

It seems all worse than SLRs right? Wrong!!!

If rangefinder is decently coupled with your camera and not misaligned then focussing is much easier for me. When shooting SLRs with manual focus and no focus confirmation I get pretty high missed focus ratio when using quite open apertures. Even when those SLRs have split screens or microprism rings. The issue is likely with me I realise but I am the one using the cameras so that’s what counts.

With rangefinders my missed focus ratio is quite low - even when shooting wide open ( don't let the domain fool you - widest I can go is f1.1 at the moment ). It's also weirdly satisfying to see your target getting in focus with a rangefinder. It just fills me with confidence that it will actually be in focus. Whereas with SLRs - even when it seemed like my target is in focus I always had doubts ( likely because of past experiences of seeing my photos that are not in focus at the end ).

Obviously the misalignment and coupling issues are a thing worth considering. Also focussing on small detailed and large patterns ( e.g. grass field ) is quite hard but it happens rarely and usually one can resort to scale focussing as most rangefinder lenses have good scales on them to aid in this.

Viewfinders for good rangefinders tend to be bigger and brighter than SLR counterparts. This allows to see the world in a way that is more interesting and closer to way how I see it at the moment.

You will typically get to see outside your frame which can sometimes help in judging when to take a photo ( for example when seeing that somebody is just about to walk into the frame ). To be fair I have not used this particular feature often.

With rangefinders that have close to 1:1 magnification you can also keep both of your eyes open and see what you see with an addition of framelines and focussing patch which is quite...interesting...but again not something I use often ( or pretty much ever ).

Lastly. And keep yourself together as this will sound like a negative for rangefinders - but it’s not!!! When looking through SLR viewfinder I often think that the photo will be the most amazing thing in existence. Bokeh is just right. Focus is just right. Colors and dynamic range is amazing. What I get at the end though...is not what I saw through the viewfinder ( where is your “what you see is what you get” now? ). I don’t know if I’m the only one with this problem or not but it happens often. With rangefinders - you’re just looking through a glass window so you get no extras like bokeh. So it tends to look worse when looking through the viewfinder which makes me take less photos that are bad or boring. If it looks good through rangefinder viewfinder then I’m pretty sure it will have something in the final form as well.

Continuing the viewfinder deal where what you see is worse - when I take pictures with a rangefinder I judge with my RAW eyes whether something is worth taking a picture. With SLRs I’m tempted to micro-optimise the scene just to see the final picture - which will never come. What I see in the viewfinder won't be what I’ll get on film. The light will work slightly differently. The colors will be mutated to something that I’m not really seeing. So I might be spending time optimising something which will change anyway - it's a waste of time.

Secondly, with SLR I have seen me just framing randomly to find something that looks good and take a picture of it leading to a forced picture where one should not have been taken.

Browsing the world for pictures with eyes and seeing something that looks interesting yields a better photo. The scene has proven that it’s interesting ( otherwise I would not consider it ) and I have already thought about how it would look in its final form ( on Instagram on a tiny device screen - which is where everything ends up in ). If the scene is already pleasing to me - then the picture should please me as well ( or at least have a better chance to do it ).

When searching through SLR viewfinder ( or any digital / medium format equivalent - this is not SLR specific ) the scene has not proven anything. I’m just searching for something that looks cool in the viewfinder. Even if I find something - it has a less of a chance to be in its final form.

Ultimately rangefinder brings limitations that helps me in creating more thought out images.

I can't really make rangefinders more ergonomic than their SLR counterparts. This is where SLRs win most of the time. SLRs will typically be easier to hold which is my most important ergonomic point ( as I just prefer fully manual cameras so I just need to be able to change aperture and shutter speed which is pretty samey on cameras of all genres ). I'm not saying rangefinders are dreadful at this - just not as good. At least without external helpers ( thumb up grips etc... ). Not a huge issue though.

If I have to find something positive then rangefinders are typically more compact and lighter ( at least lenses - unless it's a Leica. Then it's heavy...but great. ).

In conclusion, rangefinders are better because they add certain limitations that help me creatively. Kind of an extension of why I prefer to use fully manual film cameras lately. Just no distractions and limitations with positive impact for me. More about analog photography and "fully manual mode" some other time though.

And focussing is better. If anything this is the main reason. I'm not the most creative but when I see missed focus photos I get angry, shout at clouds and don't want to take photos anymore. At the end of the day rangefinders reduce my stress level and make me shoot more.

I put this at the end so that you at least have to scroll to this point and see the shape of my written experience!!!

In short - I like rangefinders because they look great and focus better than anything else. Maybe not in that order. And I might have missed something. Better read the whole text.

Also all of this is my opinion. You are allowed to have your own.

Life As A Hobby Photographer With Two Small Children 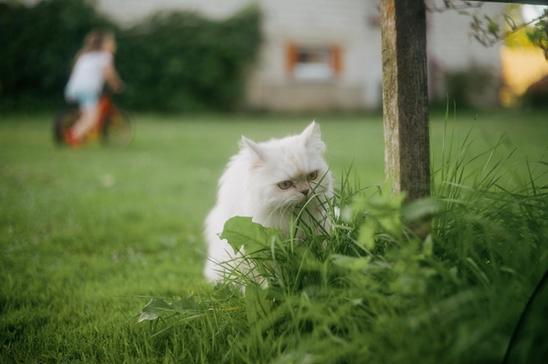 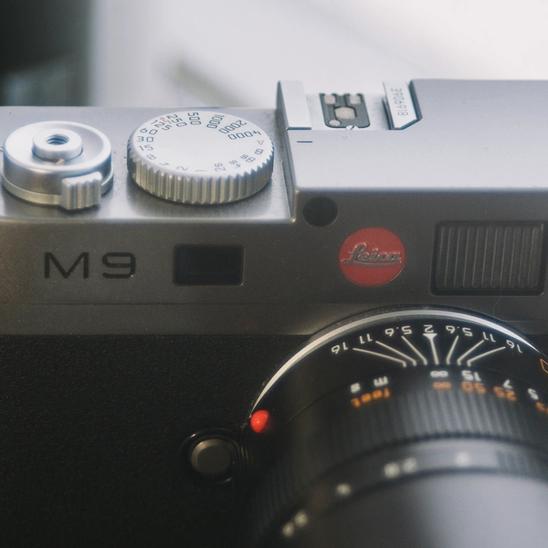