SMC Pentax-M 50mm f1.7 lens isn't considered one of the holy-grail lenses. It doesn't have praises written about it on how it renders things on ancient photographer priest cave walls. It doesn't have a spot in an engineering museum as an example of excellence. The lust levels on this lens are indeed low. But...everyone should have this lens in their collection. Together with a nice Pentax SLR.

These lenses are not rare. You can find them on various online classifieds with little effort. Often coming with some amazing Pentax SLR. Because of this, the prices are very, very reasonable. If you have $30 in your pocket, then you can acquire this lens. I imagine that it wouldn't be impossible to find this lens on a camera for around $50.

Pentax-M 50mm f1.7 is a Pentax K-mount ( or PK-mount ) lens which means that you can use it on all Pentax ( and non Pentax ) cameras that have a K-mount. That sounds logical but the mount has been alive since 1975 so it's a lot of cameras that support these lenses. The current Pentax dSLR cameras still use this mount so you don't have to get any adapters to mount it on your camera. Dreamy.

Soviet lenses are known for their sample variance. One copy might be OK but the next three or hundred could be crap. Pentax lenses ( at least in the manual and limited editions ) are the opposite. The variance is a solid line. Every lens is as great as the next one. And the previous one. It's amazing! I have two copies of this lens and they are identical. I can only tell them apart by their lens caps although I'm sure I've shuffled them from their initial positions.

It's an all metal build that should last forever. Everything is solid. It may not feel as good as an above average condition Leica lens but it's close. And it also costs less than a Leica lens cap. The only issue with one of my 50mm f1.7 lenses is a loose focus ring grip. There's a rubbery grip around the focus ring and it can turn without the focus ring turning. It's a small issue in the real world though. The focus ring itself is very smooth so it's only noticeable when the lens is either at infinity or closest focus distance. That's when the focus ring can't move in one direction anymore so the grip starts moving.

Everything else is great. Aperture ring has definite and nice clicks. An important aspect in any lens. They are not the best clicks in the world but they are waaay above average in the 8/10 ( or even 9/10 ) range. And, as I already wrote — the focus ring is smooth. Once again it's not perfect, but not far off. Many people believe that Pentax lenses have the best feeling focus rings and it's easy to see why. From my own perspective I would like it a tad lighter on the dampening but it's by no means heavy to turn.

High praise should be given to the SMC Pentax-M 50mm f1.7 lens in the build quality department. In fact, pretty much all Pentax-M lenses feel this great. At least from the ones that I have handled. Pre Pentax-M lenses should feel great too. It's the later models, when Pentax discovered plastic, that start to suffer.

Having a great build quality will usually lead into pretty good handling as well. As is the case here.

It's a small lens. It could pass as a rangefinder lens but it inherits the fatness gene from the SLR lineage. Even with the smaller size it's easy to control and the small size is never an issue. Maybe if you have giant hands it could start to cause some problems.

Both the focus and aperture are distinct and usable without looking. No need to take the eyes off the viewfinder. The aperture goes from f1.7 to f22. It has full stop numbers but clicks are also at half stops. That helps when using the lens without looking as long as you can count at least within single digits.

The reason why this lens isn't in one of the "all time greats" lists is because of the image rendering. It's not bad. Not even close. But it's not particularly unique in any aspect. Great lenses will have some unique trait that pushes them into higher status. Even if that trait is an optical design flaw in many cases.

It's more than sharp enough for most, if not all, needs but it doesn't have that "bleeding your eyes out" sharpness. f1.7 is the softest which surprises no one as that is often the case when wide open. That being said, you won't often notice that it's softer at f1.7. Especially when shooting film. Only when focussing on infinity where everything across the frame should be sharp is where you would notice that it's not all that sharp. Portraits or any other photos with a subject in a closer or not so close distance would look good.

Close it to f2 to improve the sharpness. Close it down more to keep improving. At f2.8 or f4 you will stop noticing any meaningful gains unless you can shrink yourself into the size of an ISO 100 film grain and inspect the negative ( or positive ) up close.

Contrast sits between modern and classic. It doesn't have the bite of a modern lens but it's also not as flat as a classic lens would be. It's a moderate contrast lens that leaves you with many options in the post processing stage.

I don't use the lens with a hood and I haven't noticed any problems with flare. You might lose some contrast but nothing to worry about and most of the time you won't even notice it. I don't.

I want to flag a potential unique aspect with this lens. I like how it renders the transition to bright highlights. It's not glow, it's a smooth transition that looks pretty cool. Hard to explain but maybe you will see it in some of the photos.

Colors also balance between modern and classic. Not saturated and poppy and also not flat. Same as with contrast which continues to give you more freedom in the post processing.

I don't have much else to say about colors. They are natural without any casts or white balance preferences from my experience.

Bokeh is smooth and uniform. There are no weird effects like a swirl or funky bokeh balls. Bokeh is also not harsh and looks very pleasing in black and white. As most bokeh does.

Aperture of f1.7 will allow for decent subject separation but don't expect any three ( or further ) dimensional pop. The subject can be well separated but it remains planted in the photo that it was conceived in. No need to worry about your subjects escaping your photos and trying to murder you in your sleep.

I don't like to compare one thing to a completely different thing in search for similarities to better explain a point. But I will do that a bit. This lens is like a reference speaker. It doesn't add anything to the sound. It has no personality. All reference speakers sound ( or should sound ) the same. The same is true for this lens. End of analogy. Keep in mind that I'm not an audiophile and know nothing about reference speakers.

This lens will render the world exactly as you see it. It will be a very good reproduction but you will have to note down which lens took the photo. Otherwise you won't be able to tell. The only potentially unique thing is the highlight rolloff. I think that it might have something special there but it's unproven. Treat it as fake news for now.

The non-unique rendering is not all bad though. It allows the story of your photo to shine without the distraction of the lens character. But I understand the other side as well. I am on the other side! I like when a lens does something cool, unpredictable and unique. My boring photos sure need something to spice them up!

Still, I like this lens. It works very well with the smaller Pentax cameras and is a joy to use. The image quality is also very good. It's a reference after all. As long as your photo has something photo-worthy within it, you won't be displeased.

That's why I recommend that everyone should get this lens together with a Pentax SLR. They are fun to use, deliver reference quality photos and are still cheap in the ever more expensive analog photography world. 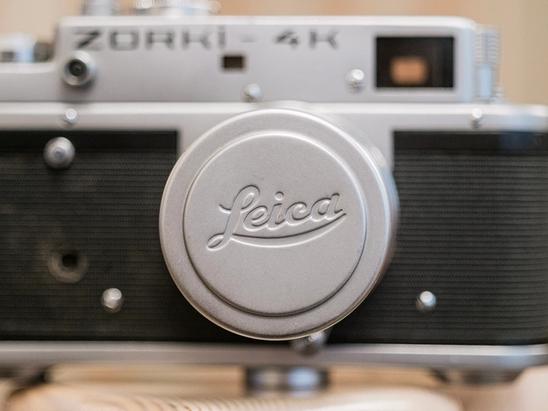 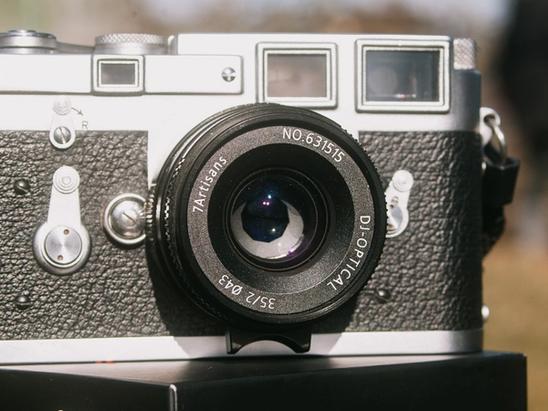