To fund another buy I had to sell my existing camera - Sony A7S. And because I didn't have any other Sony cameras - the Sony Sonnar T* FE 55mm f1.8 ZA lens ( what a lovely name ) also had to go.

Even though I didn't use this camera ( and lens ) much for the last year ( -s ) I had it - it needs a proper send off. More precisely - a post send off as it's already sold. After all, I've had this camera ( and lens ) for 6 or 7 years because I got it when it was released ( insane ). It has been with me on many trips. Big and small. It captured time around my daughter's ( first child ) birth. It was always there - ready to be used to capture moments. It deserves some words of love ( and dislike ).

So why was I crazy ( and stupid ) enough to buy this camera pretty much at launch? I'm not sure anymore. At the time I wasn't taking photos too much. At least compared to now. My main camera was Pentax K-x - an APS-C dSLR. I also had a Fujifilm X100. Pentax K-x has long been sold. X100 I still have but it's not used much if at all. It's a nice camera so I'll likely keep it forever. I also didn't shoot as much film then.

I don't remember how I came across Sony cameras in particular. I had always wanted a full frame digital camera. Lenses always seemed to render better on 35mm film than APS-C cameras. At the time Sony were the main, if not only, mirrorless camera with a full frame sensor. Why did it have to be mirrorless?

That's why Sony was the only real choice. On why A7S and not A7 - A7S seemed more interesting. Sure it had less megapixels ( 12 vs 24 on A7 ) but I was never into megapixels. Pentax K-x and Fuji X100 were 12 megapixel cameras and I never felt limited by that. If anything less megapixels was a positive because it takes up less space and is faster to edit. A7S had another feature that seemed super interesting to me - high ISO capabilities. Pentax and Fuji were not low light machines. They were not terrible but ISO 3200 was the likely useful limit. Sony could go to tens of thousands of ISOs if not hundred thousand. That seemed insane. I didn't have a use case for it but maybe I would find one.

All the movie / filming oriented stuff on A7S was of no interest.

The lens purchase wasn't fully planned. I had K-Mount lenses I could adapt. I also wanted at least one native glass so that I can autofocus and experience what modern lenses can do. The shop had a decent deal if you bought the A7S together with a lens so I went with the 55mm f1.8. I didn't know anything about the lens when I bought it. It seemed like the nifty fifty. And everyone needs a nifty fifty.

There you go - money spent. I had some surplus money at the time. I wouldn't be able to spend that insane amount of money on camera gear now. And I wouldn't want to.

With the new system in my hands it was time to take photos. Which I did. When I sold the camera it had taken just below 6000 photos. That may seem like a small number but I started photography with film. I don't take burst photos. And I'm quite picky about what I shoot in the first place. You would think that it improves my image quality...but you could be wrong. I don't have more good photos. Just less bad ones.

For 4 or more years it was pretty much the only camera I shot. And the 55mm f1.8 was the pretty much only lens I shot. When I felt the need to please the Pentax gods I put on some K-Mount glass. That didn't happen too often.

And I was happy. When I shot. But as time went on I shot less and less.

You can blame Yashica Lynx-14 as the reason why the Sony family was sold. I don't remember where I got the Yashica. But I shot a roll of film through it ( it took several years to finish this roll I must add ). And I liked the results. And I liked the rangefinder experience. So I got a Canon Model 7 as a better rangefinder ( Yashica has a poor rangefinder patch ). Everything escalated and now I have no Sony. I am swimming in film photography gear. And I'm sleeping on a Leica pillow. One of these might not be 100% correct.

I didn't hate Sony at the end. But it didn't fill me with joy which is why I took photos less often.

As for the reasons why I now dislike super modern cameras and prefer rangefinders and film? I've written about that already:

Read those to get the full insight but in short:

This is a difficult one. It's easy to use every feature that mechanical film cameras provide. With A7S I only used about 10 - 20% of what the camera could do. Here's what I used:

It did these things well for me. Autofocus was as fast as I needed it. Definitely faster and more precise than Fujifilm X100. The chosen exposure settings always seemed pretty spot on. Although I had the exposure compensation between -1/3 and -1 most of the time. Just because digital handles under-exposure better than over-exposure. RAW files were easy to work with and I could always pull out loads of stuff from shadows. Even highlights were recoverable with good results. I liked how highlights were handled in general with the A7S sensor.

ISO handling was insane. You never had to think that a scene is too dark. Bump the ISO and go. 12800 is a normal ISO to use. After that you get to see some noise but it's usable. 102400 was the limit for me. Anything higher was not usable even for my low standards. But to think that it's possible to get usable results from ISO 102400 is insane to me. I should've used the feature more.

Focussing with older manual lenses was acceptable but I'm not the biggest fan of manually focussing like this. You can definitely get super precise focus with peaking and magnification but it's sooo slooow. Especially when compared with a rangefinder focussing where it feels instant.

Camera was built well. It didn't fall apart although the LCD seemed somewhat used / scarred. It felt solid but nowhere near as nice as an old mechanical film camera does to my hands. The grip made it easy to hold it and ergonomics were good. The issue is that I didn't feel enjoyment when using it.

This lens is a monster.

Let's start with a negative - you would have to be insane to enjoy focussing this lens manually. Focus by wire is terrible and might as well not exist. Luckily the camera auto focussed well so it's not the largest loss that the world has ever seen. There is also no way to control aperture from the lens itself. When electronics on the lens break - you have a glass brick.

A brick that's well made. Metal and glass all the way. Apart from the lens cap which is a plastic piece of crap that broke on me. There's no unwanted movement and no rattles to be found. There's no need to actually touch the lens so...it might as well have been completely solid.

Image quality is insane - if you like modern lens rendering. It's sharp from f1.8 - everywhere. If there's distortion then it's tiny and easily fixable. Contrast and colors are very poppy and in your face. Even with everything popping - it doesn't destroy highlights. Light is kept at bay. There can be a slight chromatic aberration in high contrast situations but only when shooting wide open. Close it down to f2.8 or more and forget that it exists. Or forget all together as it's easy to fix in post - for the most part.

Subject separation has what Zeiss-kids call 3D pop. Subjects pop out almost as they are on a different layer. It's not as nice as on medium format but for 35mm it's very cool. Bokeh is also surprisingly nice. Very corrected lenses can have busy bokeh but this lens doesn't suffer from that. Bokeh is smooth and not distracting. It's also not too exciting.

And that's the biggest issue with this lens. It's so perfect that it can be boring. After initial amazement of the perfection it never surprises. Never delivers something unique. Everything is sharp and very poppy. If that's your thing - it's the perfect lens for you. I liked it. But as it was with the camera - I got bored of it.

Still. If you have a Sony full frame camera ( or even APS-C ) - I would highly recommend this lens. It's not too expensive. Especially used. And the output is very good. Even if it's a bit boring. Boring can be good sometimes.

Am I sad that I sold this kit? Slightly. If money was no subject I would keep it. The highlights to me are the high ISO capabilities and the lens. I would only shoot it a few times a year. But in those times - it would deliver amazing results.

I am happier with M9. And I shoot a lot more now - both digital and analog. Since selling it I've never felt a need to use A7S with the 50mm f1.8. Yet. A soft spot for this kit remains in my heart. 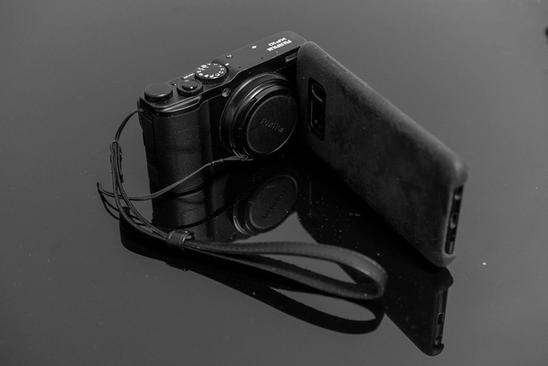 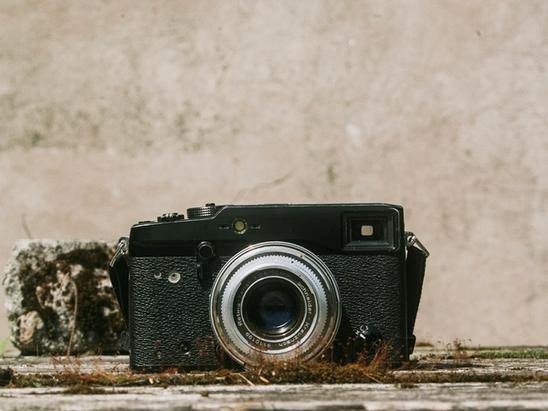