I've often said that I dislike taking photos with a phone. It is both true and false. I take photos on the phone often. If not daily then at least once a week. But I don't consider those photos, "photos".

A photo isn't only a single capture of a moment. It also needs a bit of thought. A bit of "artistic" input. When I take "photos" with a phone they are only single moments of time. I don't think about the actual "photo taking process". I frame it so that what interests me is roughly in the frame and press the virtual shutter button. When I take photos with a camera, be it analog or digital, I think about what I want to capture. I think about how best to frame it. How to capture it in the fullest manner possible. Even if it's just documenting the life around me - I think on how best to show what I'm experiencing right now. I hope that I'm managing to write down the abstract difference I see between these two ways to capture moments of time. It makes perfect sense in my head but as I read what I write...it appears more muddy.

Before I go further I want to express that it's perfectly fine for other people to take photos with a phone. "Photos" that I myself consider photos! It's only me ( well - not only me in the whole world ) that takes pictures on phone and photos with a camera.

My History With Phone Photography

I haven't always had this mantra. Whilst my journey into photography didn't start with mobile phones, as it does to so many people today, I have used mobile phones for "artistic" reasons.

The first phone that I remember using to take photos with was Sony Ericsson G502. It's what you would call a feature phone these days. It had a camera. A crazy 2mpix camera that could capture moments in time in a way that didn't look like complete garbage. At the time I didn't have a digital camera so G502 was my digital camera. I remember taking it on my first trip to a country that's not a neighbouring country. And I remember taking photos when walking around. Photos were post processed in Photoshop ( a copy that might or might not have been fully legal ). Some photos were also processed in other weird applications that applied various "analog" effects. Even back then you could improve any photo by smashing a random filter on top of it.

My next "photo phone" was the iPhone 3G. Almost everyone knows about the iPhone today. You might think that it had a pretty good camera back then as well. It wasn't bad...but it was still a very simple 2mpix camera. And it didn't have crazy ML processing to programmatically improve the crappy mobile quality photos. iPhone 3G was the first phone that really got me into taking photos on a phone. For a good few years I followed the newest phones to see which had the best camera and lusted over those. It's understandable. iPhone changed what we think about mobile phones. The many apps that were created in the beginning seemed unique and oh so interesting.

My next phone after iPhone 3G was iPhone 4. The 5mpix camera seemed amazing at the time. I used it to take quite a lot of photos. I used many apps. Majority of which were with an analog twist. For example Hipstamatic.

After iPhone 4 I moved to Android and my interest in taking photos on a phone started to dwindle. Some might say that it's because Android phones have worse quality cameras. That's not true, but even if it was, it would not bother me. I wasn't dictating my phone choice purely on the camera quality anymore.

Today I'm using a 4 year old Samsung S8. It can produce pictures. They are fine for what I use them for. I have no plans to upgrade the phone before it breaks. And I won't base my decision on the quality of the camera. I have no interest in upgrading my phone yearly. It seems wasteful. Especially in a world that struggles with waste and its byproducts.

The one thing that I have always missed from phone photos is the one and only - bokeh. I'm a simple and shallow man. I need to blur backgrounds and foregrounds and pretty much everything in between. Phones with their tiny sensors have never shined in this department. These days you can ask your phone to blur the background in post-processing but it's still far from looking good. To get around this I used to point a phone camera through the viewfinder of an SLR. Phone acted like a digital back for an analog camera. Only more dreadful. But one has to admit that taking photos with your phone can often spark some unique creativity.

Over time I stopped using my phone to take photos. There's a combination of reasons why. They did not all at once but they are all valid for me today.

In the olden times when megapixels were few and grass was green, the photos taken with a mobile phone had a lo-fi look. Especially after you ran them through dodgy software making it even more lo-fi. With every phone iteration the manufacturers made the cameras and the software handling them "better". And that "better" is worse for me.

One of the biggest things that grinds my mechanical gears is the insanely high dynamic range that makes everything look flat. It's like manufacturers are incentivised to not have any pure blacks or whites in the photos. Heavens forbid that the sky gets blown out, no bonuses for you this year! Is that shadow pure black? Get fired son! I know that our eyes have insane dynamic range so you could say that having that in our photos makes sense. But it doesn't look natural. At least for me. Film also has quite a high dynamic range but the way it transitions between dark and light looks smooth and pleasing. Mobile phones make it look computer generated.

And overall mobile phone photos look severely processed. Sharpening. Contrast. Saturation. Everything is bumped to levels above normal. You can get RAW files from many phones these days but I haven't played with them too much. It doesn't look that much better but I haven't tested it enough to tell for sure.

Some people say that the device doesn't matter. It's the idea and the end result. Sure. But if I get no excitement from using the camera then I don't take photos. Simple as that. So the end result is nonexistent. There are people that don't care about what they use. They can use a turd and still be excited to go out and take some photos. That's not me.

For a long time mobile phones had pretty wide lenses. Roughly around 28mm in full frame equivalent terms. I don't like that focal length much. I can get behind super wides and lenses starting at 35mm but 28mm and around that area doesn't work for me.

It could be an appropriate focal length for phones. After all many compact cameras also yielded this focal length but for me it asks to be too close to the subject. Which in turn distorts the subject and pushes the background away. Besides - because of the small sensor the actual focal length is very small. It doesn't alter the perspective but there is a lot less depth when comparing equal field of view lenses on larger imagers. I like depth. Depth is nice.

Mobile phones these days try to tackle this by throwing many lenses into the latest models. I suppose that it solves some of these issues...

What is "pixel quality"? It's my term to describe how a photo handles being enlarged. And not only when printed. You can see a difference between the same photo on a phone and a decent sized desktop monitor. Mobile phone photo "pixel quality" doesn't stack up to a photo taken with a dedicated camera containing a larger imager. When viewed bigger you can actually see the processing artefacts that give a photo a certain "mushy" look.

I don't like looking at photos on mobile phones anymore. Yeah, yeah - not only am I not taking photos on a phone but I also don't look at them there. Good photos have a much larger impact in a...well larger size.

What Is Even The Point Of This

When I started writing this piece I believed that I had a reason for why I'm doing it. Now that I have finished writing...I'm not sure what it was. Maybe I am trying to convince myself why I shouldn't take photos on a mobile phone. A justification for having a few too many cameras.

If you enjoy taking photos on a phone ( or don't care either way ) then go ahead. If you're only posting on Instagram or other mediums that are consumed mainly through mobile phones then most people won't even know that they are phone photos.

But if your thoughts are like mine about phone photos then be at ease. Don't get sad because someone might be taking "better" photos than you. "Better" in the arts is all subjective. Enjoying what you're doing is the most important thing. Especially if it's a hobby and not a profession. 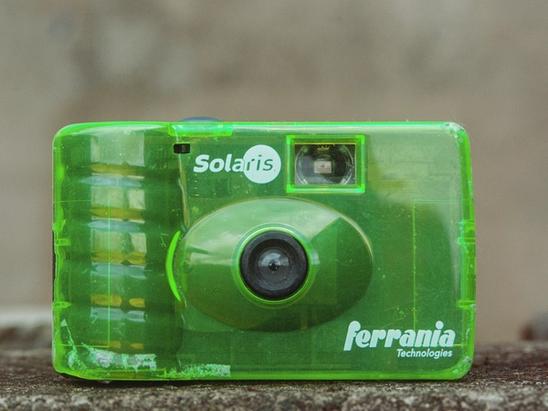