Let me start by saying that you won't learn any amazing wildlife shooting techniques here. You will also not find the best animal photos as created by another animal. What you will read is a writeup on my recent visit to the zoo where I decided to take a rangefinder camera with a telephoto lens. A remarkable combination that other wildlife photographers can only dream about.

I don't like zoos much. They might offer some good things to the animal kingdom but keeping animals in cages for human amusement doesn't seem right. This is not a rant about #livinginpiece and #veganforlife though. And because I am also a hypocrite I went to the zoo. I took both of my children with me - Leica M9 and Canon 135mm f3.5 LTM. I also took my two human children, human wife and human mom.

Is a telephoto lens a good choice for the zoo? Well yes. That part of the equation is actually pretty solid. 135mm is a reasonable zoom focal length. It's like your 35mm lens but you add 100mm to it. 100mm is 10cm. 10cm is roughly the height of a deck of cards. You can only find facts like these on this website. Is manual lens a good choice for the zoo - a place where animals can move with decent speed? Definitely yes, if you're also taking a camera that only supports manual focus.

So is a rangefinder a good choice for capturing already captured wildlife? Is it weird that I'm writing this as an interview where I interview myself? Maybe and yes.

First of all I don't have many autofocus options in my household:

Second of all, rangefinders are the best cameras. Once you get used to them, focussing can be very quick and precise.

Third of all, the M9 produces the best images of all digital full frame cameras. If you don't believe me then believe Rolands from 50mmf2.com who might or might not be me.

I've actually been to a zoo with the M9 before. Yeah, me who doesn't like or agree with zoos has been there twice in a relatively short period of time. First time I used a Leica Summicron 90mm f2 lens and I liked the experience. I didn't expect National Geographic contest worthy photos but I like animals and I don't mind having pictures of their faces in my library. That's what I got. Biggest issue was the focal length. I wished for something longer. Something that's applicable in other aspects of my life. Entering cages where animals are kept is forbidden for some vague "safety" reasons. This means that getting close enough to fill the frame is rarely possible. By going from 90mm to 135mm I hoped to remedy this issue. The 45mm difference is no joke. If you take 45mm off of your favourite 35mm lens you get -15mm. No joke indeed.

I enjoy using a rangefinder to take photos of caged animals. Manual focussing a rangefinder with a telephoto lens is not that different to focussing a shorter lens. Process is identical. You focus the lens to align the double image in the viewfinder. Sure you have to be a bit more precise but for some reason it doesn't cause much issue for me. I can tell where the focus lands and I don't have to fight autofocus that wants to focus on the fence instead of the animal. There were other people in the zoo taking photos as well. Peasants using weak autofocus cameras and long black or white lenses. When they were close I could hear the "zzzt", "zzzzzzt" of the autofocus motor. Whilst I don't know this for 100% - I'm 100% convinced that some of those "zzzzt"'s lead to an animal in bokeh and a sharp cage. The cage will not let the animals out. It will also keep the "in focus light" to reach a stupid autofocus camera. With a rangefinder all I had to do was align two images and that's that. No cage could stand in my way.

With regret I have to come clean and say that not all roses are roses. Some of them are snakes in disguise. Which is also a real possibility in a zoo.

Focus Needs To Be Thrown A Long Way

Whilst the process of focussing rangefinder lenses is identical regardless of lens - the distance you need to turn the lens is not. 360 degrees is a lot of degrees. Enough to make a circle in fact. I had to create copyright pending techniques to focus this manual lens with acceptable speed. The technique is two or three fingers using the lens like a treadmill to move the focus ring. A far cry from a focus tab on a 35mm or 50mm lens. But if it's funny and it works then it works! And it is still funny.

It can also be difficult to align the lens so that it shoots through the holes in the cage and not the material that the cage is made of. It may seem simple - frame it so that it goes through the hole. Not all holes are made equal though and some devices make it difficult to access certain holes. You see the lens is in a different place than the viewfinder. It's not a SLR where you "look through the lens". I don't have a good solution for this. For the most part it doesn't matter as the foreground cage will get blurred out anyway.

Imagine A Viewfinder - Now Shrink It By 85%

135mm will pose certain issues on rangefinder cameras. Framelines for 135mm on the M9 are small. Quite small. They cover approximately 15% of the viewfinder but no actual calculations were made to come up with this percentage. It can make framing a challenge. External viewfinder could offer a solution but I like to carry around heavier things than viewfinders. Like cameras that I don't use.

Shaken To The Core

M9 is not actually offering all the help aids possible either. For example I didn't want to go above ISO 400 as things get worse pretty quick in color after that. Combine that with a f3.5 lens that ideally I would shoot at around f5.6. Just to give me some focussing leaway and extra quality boost. Weather was cloudy so it meant that shutter speed was often falling to very dangerous levels. I can attempt to freeze my body to provide extra stability but animals didn't want to do that for some reason. They kept moving around which caused certain issues. Once again no real solution could be found. I resorted to shooting at f3.5 when things got really dire. I lost more shots due to slow shutter speeds rather than missed focus.

Burst mode could give a helping hand there you might say? Not on the M9. I don't know what the burst rate for M9 is as I've never tried it but it's definitely not vast. I also dislike burst mode in principle. During the whole day I shot about 70 photos which is about 2 35mm film rolls. Newest mirrorless camera will shoot that in 2 seconds. But it also means that you will spend the next 2 years sifting through the photos and processing them. I would rather spend the 2 years in darkroom handling dangerous chemicals that will take away 2 years of my life expectancy.

Only The Patch Of A Pirate Is A Flawless One

Lastly on the M9. Although I like the viewfinder and rangefinder patch, they are not perfect. If a strong light source hits the rangefinder patch window at the right angle then it becomes invisible in the viewfinder. Which is annoying as it means you can't focus. This happened more than once during the zoo visit. It's possible that animals were playing with mirrors to prevent me from taking bad quality photos of their friends.

And lastly on the lastly. It took some time to get used to the 135mm field of view. I have been shooting 35mm and 50mm lenses ( or their equivalents in various formats ) pretty consistently, for a long time. I often realised that I am WAAAAY too close for the photo that I want to take and I have to take a bus to take me further away from the scene. It's a similar issue that happened to me when I started using 35mm lenses more just in reverse. I was too far away from things. Funny how it works both ways.

And a bonus last. As I have said in the past - old 135mm lenses look funny.

Leaving the jokes aside for a moment, I did enjoy the camera and lens combo. Sure it has several issues that are not ideal and mean that some photos are not possible. But I will take that every day if it means that I can use a camera that I enjoy using. And it's not that bad. I got some reasonable photos. I would not get anything way better with a new mirrorless camera wielding a phat f0.95 telephoto lens.

I would 100% use a rangefinder the next time as well. Focussing didn't give me much trouble. What was an issue was available light. I often had to use way too slow shutter speeds. Indoors was a no go all together. Both for light reasons and the long lens. I used the XF10 in those circumstances.

I've also learned that I don't enjoy telephoto lenses as much anymore. Way back I quite liked them but I've gotten so used to "normal" focal lengths ( and 35mm "wide" ) that it's difficult to reorient myself. It was difficult to use the 135mm lens for the whole day. The way I notice interesting scenes around me has changed. And 135mm focal length doesn't work for those scenes.

TL;DR; Old digital rangefinder camera with an even older 135mm telephoto lens is the perfect combination for visiting a zoo. 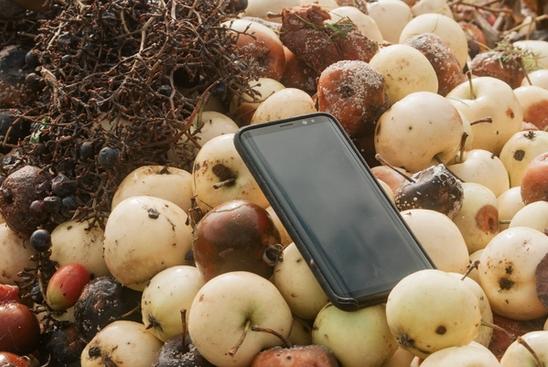