Praktica FX was made in East Germany by KW ( Kamera-Werkstätten ). Praktica cameras aren't the most desireable cameras out there but they did make one of the first SLRs in Germany - Praktiflex. It was definitely one of the more affordable ones. Praktica FX is not that much different from Praktiflex. Praktiflex was renamed to Praktica at some point but it still fits under the same lineage. In fact, there was a limited run of Praktiflex FX branded cameras released that were the same as Praktica FX.

You can get Praktica FX without too much trouble for $10 - $50 and it wouldn't be surprising if it came with a lens. I was looking for one of the first Praktiflex cameras but they cost quite a bit more so I ended up with Praktica FX. Mostly by accident as one was listed in my country. It didn't come with a lens but Praktica FX has an M42 screw mount so there is a huge world of lenses out there. I have a fair few myself. Why was I looking for Praktiflex? All I can give you is a slight hint. I am fondling another similar style camera right now that is based on Praktiflex. That camera will remain a mystery for now but it's the reason I was looking for Praktiflex. To find an origin story.

Praktica FX doesn't have a particularly iconic look but it looks nice. Very simple and even brutalist in some ways. I prefer the look of a rangefinder so a waist-level SLR design speaks to me more than a regular SLR design.

The build quality is closer to soviet cameras than it is to West German cameras. It doesn't feel cheap. It feels rudimentary and tank-like. You can tell that it's made from multiple parts instead of being sculpted from a single element. At the same time it's rather heavy. Very reminiscent of Zenit E, although slightly better. I'm not sure whether there were many quality control issues. My guess would be that Praktica FX cameras were more consistent than soviet cameras but it's a pure guess.

My copy is in need of a CLA. The shutter is sticky on slower speeds and there are some light leaks. I still managed to go through a full roll though. I can't blame these issues on build quality as many old cameras are in need of a CLA.

The controls on the camera feel like the camera looks and feels. Simple and without any flare. Shuter advance is through a wheel, not a lever. You can feel the gears turning as you rotate this wheel. Shutter speed control is of the lift-and-rotate kind. It's light to the touch and there is little feedback. There is a button to open the viewfinder door which brings the first door up in a very springy nature. The second door remains shut and you have to apply quite a bit of force to open it. Same when closing it. Not sure if it's normal or that part needs a CLA as well.

One element that isn't light to the touch is the shutter. You and the people around you will know that the shutter was released. Seismic sensors might capture a small disturbance as well. There is a real "clunk" sound when the shutter is released. Most of the sound comes from the mirror which is surprising as it's not an instant return mirror.

Praktica FX is an old, mechanical camera that offers only the most basic of functions.

It's not the brightest viewfinder. It's all OK during the day but indoors and in dimmed light situations focussing can be difficult. There are also no focussing aids. Only a good ol' ground glass. I don't mind that as it keeps the viewfinder clean.

You might be used to a spacious medium format waist-level viewfinder. This is not that. The viewfinder is not small but it's not as grand as on most medium format cameras.

You also get a magnifier in the viewfinder that you can flip out to get the focus spot on. Or approximately spot on as it's not always easy to nail focus. Especially if the subject is moving.

Shutter button isn't on the top plate as it's common and instead it's next to the lens. It's a better position for it when using a waist-level viewfinder.

There's a frame counter on top of the film advance wheel. You have to set / reset it manually.

Film loading is easy because the whole back comes off giving you plenty of access. At first I was surprised that the whole back came off. I thought it might be broken but it's like that by design.

I also have to praise the film rewind knob. It has a nice resistance and it doesn't spin to oblivion if you release it mid-rewind. Very cool.

The biggest cause of slowness is the viewfinder. It's simply not as easy to use as an eye-level viewfinder. Even the initial setup is longer. On a normal SLR you only have to put the viewfinder next to your eye. Here you have to knock and open the door to be able to see anything. Focussing and framing is a lot slower too. You have to focus, to focus ( haha! ). Medium format waist-level viewfinders are usable from the waist level. On Praktica FX you will want to bring it closer. You will also want to pull out the magnifier to ensure focus.

Since it's an older camera, there is no link between camera and aperture. And it's not a rangefinder. You will have to use preset or fully manual aperture. That means opening the lens up to focus and then closing it down to shoot. It's not something I have drilled in my brain so I shot wide open by accident at least 2 or 3 times.

It's also annoying that Praktica FX doesn't have an instant return mirror. Mirror will stay up after taking a photo and you have to cock the shutter to bring it back down. Since I'm not someone who cocks the shutter after taking a photo, it's another action I have to do before being able to see the scene through the viewfinder.

Camera doesn't play a part in the final image. Lens and film does all the work. Bla, bla bla... Here are some photos taken with Praktica FX.

Although I dumped on this camera quite a lot in this review — I find it weirdly enjoyable. It's fair to say that waist-level viewfinders bring some magic to the photo taking process. Even if they come with some big disadvantages.

The whole camera, although not built in the best possible way, feels nice in the hand. Combine that with the waist-level viewfinder experience and it's a camera that I want to take out when I see it. That means that it passes my test on whether it's a good camera for me.

All that said — I don't believe I will use this camera often. There is a camera that offers all of the benefits of Praktica FX but with less drawbacks. Reveal of that camera will come some time later in the year.

Does that mean that you shouldn't get it? If a camera of this type seems interesting to you then you should get it. Although there are better variants out there, they can cost many times more than what Praktica FX costs. Getting the waist-level experience doesn't have to cost a lot. It certainly doesn't with Praktica FX. 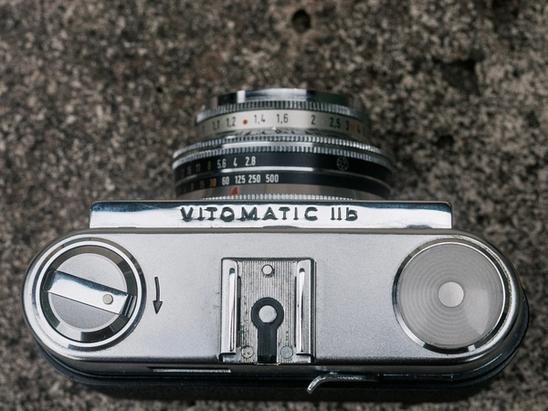 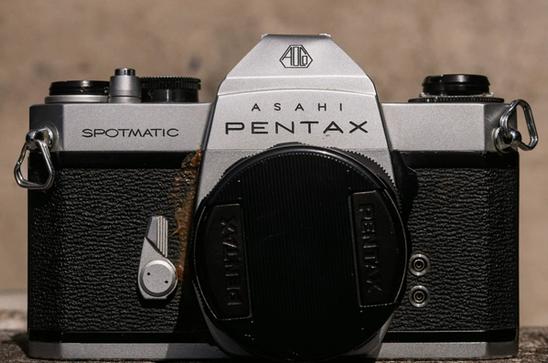