I've written in the past on how to do an E-B&W-41-6 process. It's where you take a slide / positive film, shoot it and then develop it using black and white and C-41 chemicals. It still makes slides / positives at the end. In essence it's a hack to use when you want to get slides but don't have E-6 chemicals.

This is not going to be a review. I've only shot and developed one roll. This is only a retelling of my experience. And rage.

Let me tell you what we're working with. I knew that I wanted big positives. That means medium format for me. The only film stock I've done E-B&W-41-6 process with was Kodak Ektachrome EPP100. I don't have it in medium format ( + it's long discontinued ) so I had to find new film stock. I had read that the new Kodak Ektachrome doesn't handle this process very well. It's also quite expensive. This is where my eyes were shown Fujifilm Fujichrome Provia 100F.

I've never shot Provia. Not in 120. Not in 35mm. The price seemed quite good for a slide film. Colors for the film looked nice. Not as extreme as Velvia, more like a general purpose slide film. I like general purpose things. I had also read that Provia handles E-B&W-41-6 well.

I got a couple rolls of Provia 100F. And also Velvia 50 - only because I don't see it often and the price seemed nice. I don't intend to use E-B&W-41-6 on Velvia though. I want to bathe it in pure E-6 ( likely through a lab ) - to get all saturation that is humanly possible. But that's a story for the future.

Once I got the film the next step was to choose a camera. I have only two to choose from. Mamiya C220 or Voigtländer Bessa I. I haven't been shooting with the C220 in a while so decided to use that. I want to have 6x9 slides at some point but that's also something for the future.

I shot the roll on two separate days. I didn't take any amazing photos as I wanted the first roll to be a test roll. Just so that I don't have to cry if something goes wrong. First day was shot on a beach during a mostly overcast day. And second was in the woods / cliffs where there was some sun.

At this point the roll is finished and is ready to be developed. If you've read the writing I linked to in the beginning ( you should - if only to understand the process ) then you'll know that this isn't the fastest development process in the world. I was prepared to spend about an hour in my toilet ( developing the film - not pooping ). That hour turned into two hours of cocktails made from sweat and tears.

There is a step in the E-B&W-41-6 process where you take the film out of the tank and expose it to light. I did that. What was on the film looked nice. I remember being pleased that things are running well. Calm before the storm. The next step is to spool the film back onto the reel and put it in the tank for further processing. The film had other thoughts.

I use Patterson two reel tank with Patterson reels. They are plastic. It's not easy to spool wet film back onto plastic reels. At least 35mm film. With 120 film it's impossible.

When developing 35mm film I used a second dry reel for the second part of the processing. It seemed easier to spool the film onto a dry reel instead of a wet one. It was still not easy but going slow and steady worked. No rage was needed.

For 120 film I had forgotten the dry reel in the basement and was too lazy to go get it so I started spooling it back onto the wet one. It seemed very easy in the beginning and I thought that the worst is over. Then the film popped out of the reel. I tried it again and the same thing happens. And again. And again. Film continues popping out of the grooves it should stay in. 120 film is quite a lot bigger than 35mm film and also a lot more floppy.

I tried and tried until I was beaten and went to get the dry reel. I didn't want to expose the film to warm light so I rolled it into itself and left it on the ground. With the dust. In retrospect I could've put it in the empty development tank. My guess is that judgment was already starting to cloud at this point.

With the dry reel in my hands I was ready for round two. So was the film. Enough time had passed that the film was starting to dry a bit. I hoped this would help me. Rookie mistake. Hopes are for children and digital camera shooters.

The film didn't move at all in the dry reel. And when I forced it to move it kept popping out. A half dry film becomes almost sticky. Stickiness sticks. It was sticking to the grooves and when I was forcing it through the floppiness said "nope" and the film popped out.

At this point I was past rage. I just wanted all this to end. I had spent some 30 minutes trying to get the film into the damn reel. The film had fallen on the ground many times. It was dusty. I was sure that it was scratched up but I was too scared to check.

I tried to figure out an escape plan. I didn't want any of this anymore. But it was late. I was tired. And brain power was at an all time low. So I didn't figure anything out. Plus I really wanted to get the damn slides. I continued.

I went back to the wet reel which at this point was almost as dry as the dry reel. Then I went slow. Hyper slow. Slower than paint dries. And it failed. So I tried again. And it failed. At one point I got it spooled 360 degrees which means that it can't pop out as easily at the end as there's film above it protecting it. I decided that either I get this home now or send the film to oblivion. I slowed down more and pushed through. There were times where the film made ungodly sounds. Where it twisted. Where it tried to pop out but I forced it back in. After some time I got it in. There was a bit left but I didn't want to risk forcing it even more so called it good enough. And continued with the development process.

At the end the film came out fine. I could see positives and after all the action that was enough for me. I put the film to dry and went to a well deserved sleep.

Next morning I inspected the positives more. The shots taken at the beach were a tad underexposed. As usual I didn't use a real light meter. Instead I made a quick phone light meter check and went from there. They were about 1/3rd of a stop underexposed - so nothing terrible but still quite bad for a positive film. Shots from the other day seemed acceptable.

Only thing I can say for certain is that you can definitely use E-B&W-41-6 development for Fujifilm Fujichrome Provia 100F. It seems to handle it well and doesn't introduce weird color casts or other effects. I have not developed Provia using E-6 so I can't say how my results compare to normal. Like Ektachrome - I would say that saturation is lower than usual. But Provia might be a lower saturation film - I'm not sure.

The actual images shot were pretty bad. I will put some of them up here but they are just not good photos. It's not a fault of the development method. It's a fault of mine.

Will I Endure The Pain Again

Before this experience I was expecting to use E-B&W-41-6 for many 120 rolls. I'm not sure I will do that. At least unless I find an easy way to load the film back into the spool. Plan is to find some metal reels and use those. At least for the second part of the development.

The next step for Provia is for me to shoot another roll and get it developed in E-6. I will have to use a lab to do it but I can accept that. 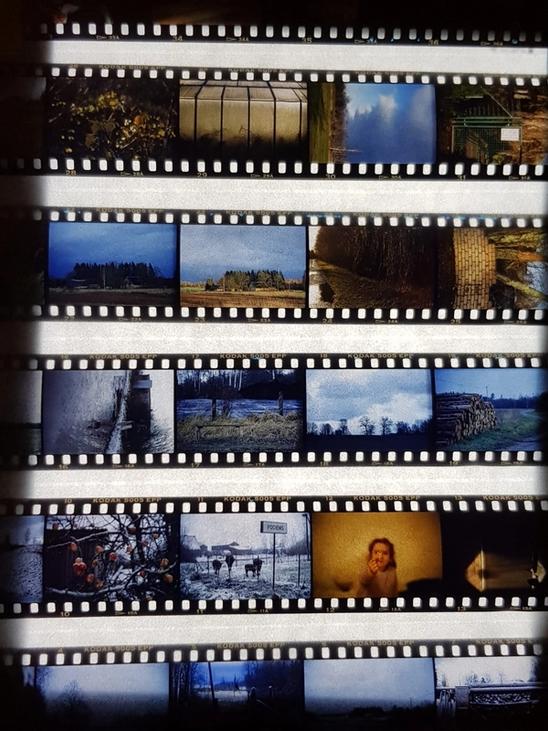 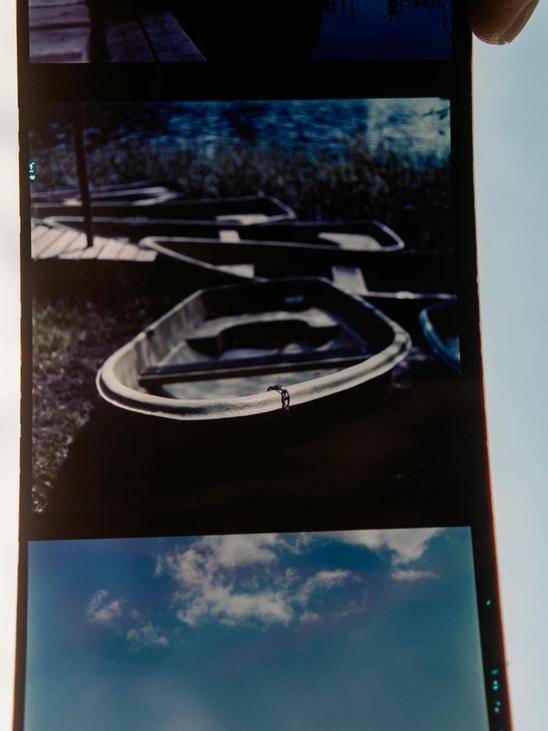