Welcome to the second installment of my Mamiya C System review. Before we looked at the Mamiya C220 camera. Today we'll be looking at a lens - Mamiya-Sekor 80mm f2.8.

Over the years the lens has seen some iteration. As far as I could gather - the changes have happened in coatings. Actual lens design has remained the same. The best version according to the internet is the "blue dot" version.

The "blue dot" version can be identified by the...blue dot that appears on the shutter cocking arm / lever. There is some talk that not all blue dots are actually the good blue dots. As always there is a lot of conspiracy on the internet. I have yet to try the "blue dot" version but for now I would say that any version will largely perform the same. If the only changes are in the coatings then you would expect to see better flare resistance, slightly better contrast and more saturated colors.

There's also a chrome version. Some people say that it's the best. I have the third version. Nobody says anything about that version. So my review will be about the lesser version. Take that with a grain of salt. As I said - they are all likely very close.

As it's a TLR lens - it's actually two lenses. The top lens is the dumb lens that you look through ( more commonly known as viewing lens ). Why dumb? It has no controls. It's a piece of glass and metal that you look through. It's a constant f2.8 aperture. When you look through it everything is always looking amazing. Bokeh is everywhere. People often say that they would like to see the world through Rolleiflex 80mm f2.8 viewfinder ( also a TLR camera ). I imagine this is pretty close as well.

Lens has some heft which is pleasant. It's kind of expected as it's two lenses in one package. It doesn't feel too heavy and definitely balances well on the camera. It's also quite small - at least when compared to other lenses in this system. And from a single lens perspective - it's likely smaller than most 80mm f2.8 lenses in the 35mm world.

Build feels 75% solid - it's only the shutter speed and aperture controls that are lacking. They feel very easy to turn. Aperture control is clickless. Which is weird. I'm not going to use this lens for video. Shutter speed control is better but its clicks are not very definite. At least they are there.

The vague feeling of the controls and their position means that you won't be changing the settings without looking. It's not a huge deal as medium format photography is often slow and methodical.

Actual aperture settings go from f2.8 all the way to f32 for when you want a TLR pinhole camera. Because it's clickless you can stick it in any setting. Markings are in full stops and are equally spaced.

Exposure settings go from 1/500s to 1s and it's also in full stops. There is also a bulb mode.

There is actually one more control that I have not mentioned. And it's the best feeling control. Metal toggle that flicks between two settings with a good clicky feel. Sadly it's for the most useless feature - flash sync speed. I don't know what flash is or what it does. It has M and X settings. Keep it in X otherwise there will be a delay in shutter release and you will have to fully release it manually. Or use a flash. Which nobody does.

Overall the build quality is good but the controls could be a lot better. It could be my copy that's not ideal. I have another lens for this system and controls are better there. Although still plastic and I would prefer more *"clickiness"* action.

I must say that I didn't enjoy the lens at the beginning. To the extent that I was considering selling the bits I had from this system and trying something else.

Main reason for this was that the C220 camera had focussing issues that I described in the C220 review. After focussing issues were resolved...I still didn't like the lens. Luckily after more time and more film used I started to understand the lens better. I knew where it's good and how to use it to get the best results. Now I like the lens. It's not in my "all time favourites" list - but it's very solid.

This was one of my main issues. Even after focussing issues with the camera were resolved - I didn't feel like the pictures were crisp enough. I didn't feel like it captures enough detail for a medium format camera. I have myself to blame for this.

I used this lens to shoot landscape and other similar photos where you expect a good level of sharpness across the whole picture. I used a slower film and shot in quite dim conditions which meant f2.8 or f4. And also slower shutter speeds. All which will take away from the crispness.

At f2.8 the lens is sharp - but only in the center. Midframe is decent but corners are quite soft. That look didn't work for the photos I was shooting so I was disappointed. After closing the aperture down to roughly f5.6 or f8 the problems go away and you get a very crispy image with plenty of detail.

I'm not saying that f2.8 is bad but it's better suited to portraits and photos where you separate some sort of a subject. If you get focus right and the subject is roughly centred - it will deliver amazing results. And the soft corners will only add to the picture.

Is this a sign of a bad lens? No. Sure some modern lenses ( or even some older ones ) can be tack sharp across the whole frame wide open. But they cost more. And also it might not be what you want. Landscape and similar photography will are shot with closed apertures to get more in focus. Portraits will are shot on wide apertures to better separate the subject. Modern rendering can look too clinical and lacking character in portraits. This lens doesn't have that problem. It's like having two lenses in one.

At the end I'm happy with the sharpness that this lens can achieve. Both in landscapes and portraits - as long as you use appropriate apertures.

Contrast is good. It's very true to life. It's arguable that a "better coated" version would add a tad more contrast but there is no need for it. It definitely doesn't have the "vintage lens" contrast.

I have not shot this lens much against bright objects / sun but when I have it handled itself very well. There is a small loss in contrast but it seems fitting and natural. Actual lens flares are very minimal and hard to get.

I feel like I'm repeating myself but once again - colors are very nice and natural. Even one the more saturated side. I haven't seen any color casts. There's a tiniest hint of warmth - which I like. You shouldn't be disappointed in the way how colors are rendered. Unless you're after a "vintage look".

The most important aspect of any lens without a doubt! If it can't bokeh - can it live? Well - 80mm f2.8 on medium format can definitely bokeh. Especially with the C system cameras where you can focus especially close. Open up the aperture, focus close and there is no background. Only colors merged together in a blurry soup.

Wide open, close and especially "detailed" backgrounds can look a bit busy in bokeh mode. It's not too distracting but it could be smoother. Bright elements can look particularly distracting. If you close down or have the background further away the issue mostly goes away.

Background separation is also very good. Get the focus right and your subject moves to a different layer of the image. Or at least that's how it looks. Some good, old fashioned 3D pop action. Something that only medium format ( or large - but I have not ventured in this realm yet ) can deliver. If focus is missed then it will look quite bad as another section of the picture will be popping out. And it's not something that's fixable in post.

Overall background separation is close to amazing and bokeh is good but can get busy.

Although I initially disliked this lens I have grown to like it quite a bit. It's smaller than some other, longer lenses on the Mamiya C system so it's easier to carry around. Built quality is good although controls themselves could be better. It's still acceptable.

I wasn't the biggest fan on the rendering but that has flipped. If it's used right it's like having two lenses in one. Close down to f5.6 or more for situations when you want everything sharp. Open up for a more character-like lens that's perfect for portraits.

Would a more modern version ( "blue dot" ) give better results? Maybe. But it's not necessary. Although I would like to try it for my own sake - all versions of this lens will deliver great results.

Is it a good enough lens to buy the whole system ( camera + lens ) for? I haven't used many other TLRs but I would still say yes if price is of importance. I believe that this is one of the cheapest options for f2.8 TLRs - lenses interchangeable or not. And f2.8 is not there only for show - it actually delivers great results. As long as you're willing to carry a larger camera 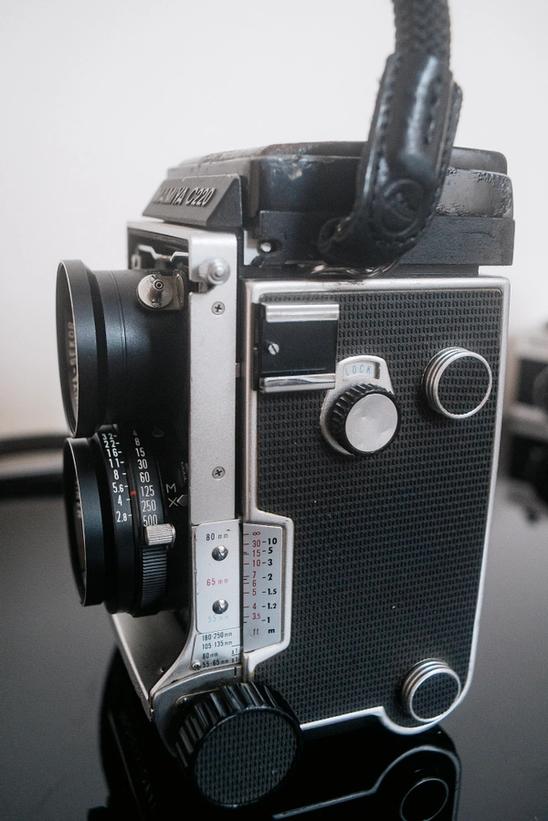 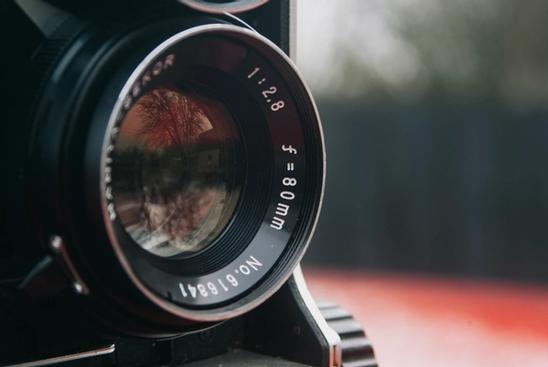 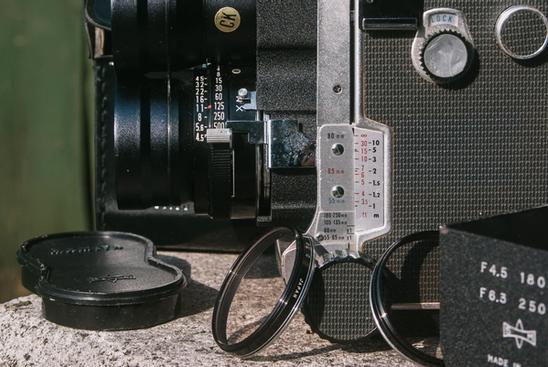